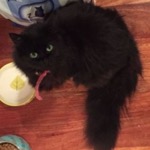 This week has been a busy one for Lost Pet Finders!

Last Monday, we were introduced to the adventurous young Nala. Adopted from a local vet as a kitten, Nala was the small, not overly furry runt of a litter that had been abandoned near a railway line at just eight weeks old. Two years later, Nala is a healthy, fluffy cat who loves to be petted and pampered, but that hasn’t changed her ability to get into trouble, as her owners discovered when their small domestic house cat decided it was time to take on the great outdoors.

After a busy day of exploring, Nala’s family waited expectantly for her to return - but this didn’t happen. This was not the first time she had stayed out past her bedtime, but when morning came and Nala still hadn’t returned, something was definitely up.

“She loves to be with people, but having discovered the outdoors she is getting a bit too adventurous I think.”

By Saturday night, the search had begun, with Nala’s owner even getting up several times throughout the night to call her. Still hoping she would turn up, her family continued to wait for her throughout the following day but when Monday came and there were still no signs of her, it was time to bring the search to the next level. Nala’s owner began searching online for pounds and shelters in the area to find out if anyone had come across their feline companion, but it was at that point that they found Lost Pet Finders and registered with us. With Nala’s information in our system, we sent out a lost pet alert to the area, sharing her photo on Facebook and calling vets and other people who lived nearby. We also provided flyers to help spread the word, which Nala’s owners then distributed to neighbours, local vets and a local shop with a notice board.

After five nights away, Nala reappeared at her home, to be greeted by her greatly relieved family. It’s not entirely clear how Nala found her way back - perhaps someone who saw a flyer or an alert thought to check in their shed and sent her home, or had been looking after and let her go when they realised she was a stray, or maybe Nala simply got bored of her little adventure and decided it was time to go home. The important thing that Nala’s story tells us that pets do come home even after a long time away, so it’s vital that we keep looking for them while they’re gone. 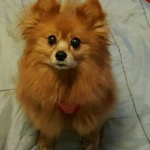 While Nala was out exploring Brighton East, cheeky pomeranian Holly was having her own little adventure in Western Sydney. Having travelled from Canberra with her owners on a trip to visit their family, Holly decided that her new surroundings made it the opportune time to sneak out of the house and go for a walk while her family were all out at the Easter Show.

After hours of searching, the family discovered Lost Pet Finders and registered Holly as missing. With Holly’s information shared on our website, social media, and all across the area, it was only a matter of time before Holly would be discovered. In the meantime, members online began to message the family encouraging them not to lose hope and promising that their pet would soon be found.

“What could have been a miserable trip home was instead a grateful and joyous one.”

... Found the very next day, in fact! As the family were preparing to print out their missing pet flyers and continue their search, they received a message from another Lost Pet Finders member, explaining that their dog had been found by her daughter who had taken her to a local vet for safekeeping. A call to the vet confirmed Holly’s safety, and the family were able to go and pick her up straight away - safe and sound, if a little shaken by the experience!

With her family reunited, Holly’s owner had the following message for the Lost Pet Finders community: “Thank you Samantha and your family for taking care of my wayward dog. And thank you to everyone else for getting in touch with me and showing my family and I that we were not alone and that the community spirit is still alive. Thanks so much and we will never forget all your kindness :)”

Nala and Holly aren’t the only pets who were reunited with their families this week! Check out some more of our furry success stories below: 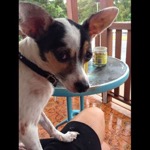 "I've been reunited with my best friend, Thank you all so very much for all your help and services. You do an amazing job." 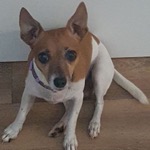 "What a fantastic service! Rosie had been picked up and taken to the other side of town by a lovely lady. Someone connected her found ad to our lost ad on Lost Pet Finders! Thanks so much."

"Lily is home safe and happy, is a little bit shaken but is okay, I’m so happy she is home and thanks to Lost Pet Finder website and all their amazing followers she is safe . Thankyou" 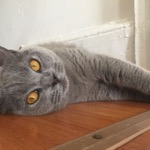 "Thank you for the support in helping us find lala! It's great to experience such a strong, supportive and positive community network." 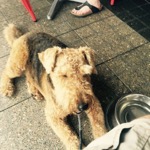 "Josie actually came home on her own. However pet finder was invaluable. Petfinder alerted all the vets and councils automatically and got the search underway - saved us hours of effort looking up the details and contacting everybody - and it was so quick and easy - right down to printing a flyer !!"