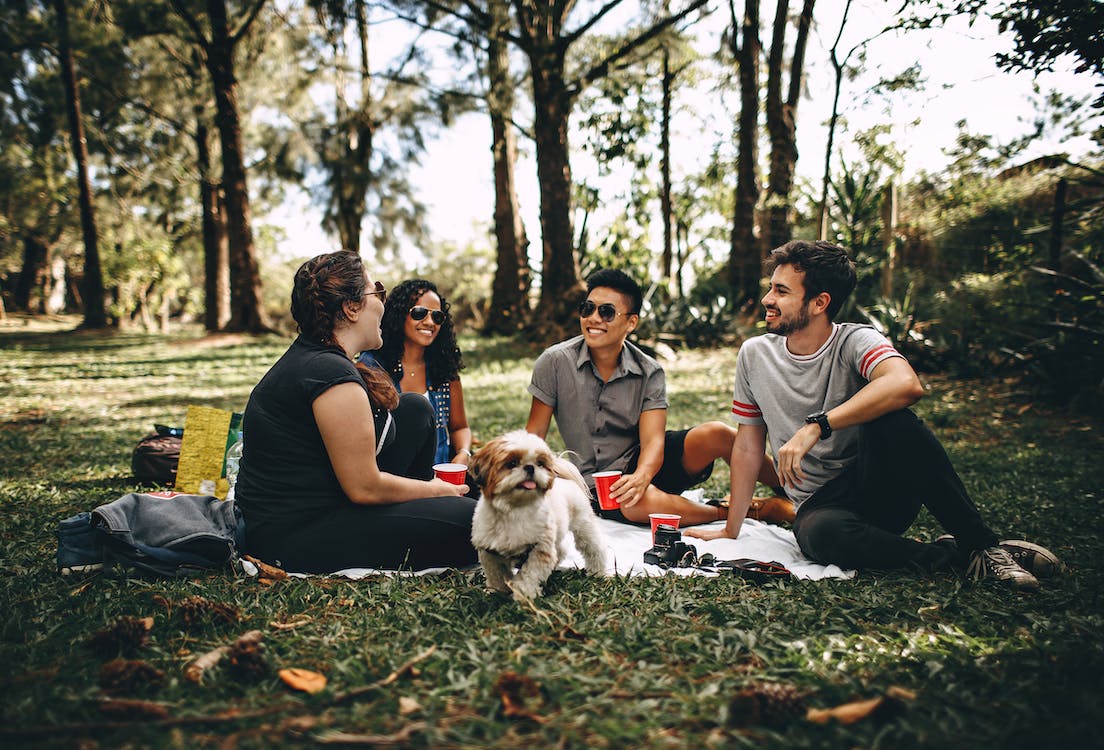 We want your pets to live their best life, and that includes working through any of the fears that might be holding us back. Last month, we talked about how you might go about caring for a dog who is afraid of men. It’s commonly assumed that dogs who experience this fear feel this way because they’ve been abused or neglected by a man, but some dogs are just that way by nature.

Just like any fear, there’s no one reason that your dog might have it, but there are a good few ways you can work together to deal with it.

This is the list we’re slowly working our way through, but it definitely doesn’t cover every fear your dog might have! If there’s another fear or phobia you’d like us to cover to spread information and awareness, please do get in touch. In the meantime, we’re going to look about how you can go about helping your dog to feel more comfortable around strangers.

Why is my dog afraid of strangers?

Dogs tend to be afraid of strangers for two main reasons. In some cases, it occurs because the dog hasn’t been properly socialised as a puppy. If a pup doesn’t have the opportunity to meet a wide range of different people in their formative years, it’s highly likely they’ll end up being afraid of people they aren’t familiar with.

In other cases, your dog’s fear will be all about genetics. Dogs who are timid and skittish often produce offspring who are equally shy. Dogs who are scared of all strangers rather than a specific type of stranger (such as men or children) may experience this because of genetic predisposition.

How can I tell when my dog is afraid?

One of the main struggle for dogs who are afraid of strangers is that humans - both strangers and dog owners - may fail to notice that a dog is feeling anxious. The dog will be giving off all sorts of body language, and nobody will be reading it. Learn to spot what your dog is trying to tell you, and you’ll know straight away when your dog announces “I am feeling afraid! Please back off!”

Perhaps Rover’s body will be tensing up, his eyes will be darting or he’ll be looking away while making his body as small as possible. Some dogs start sneaking around, furrowing their brows, flattening or perking up their ears or moving much more slowly than usual. Maybe Bowser has started licking her lips, panting for no obvious reason or yawning more than usual. In many cases, the dog’s tail will be held lower than usual, sometimes hidden between the legs. All of these are indicators that your dog is feeling frightened.

If your dog is showing signs of fear and anxiety, you need to help them to calm down. To do this, you need to bring your dog somewhere they can feel safe, and it can be helpful to create a specific safe zone where your dog will always know it is completely safe. Think of it as a puppy panic room! This is a space that is exclusively for your dog, whether that’s a special chair, part of a room or just their crate.

Make a rule where nobody except for your dog is allowed to enter the special safety zone. This will allow your dog to see that the area is their special place where nobody is able to hurt or annoy them.

Let people know how to greet your dog!

If a stranger goes down on one knee by your dog when making their introduction, the meeting is far more likely to be successful.

Your dog will feel less threatened as the person is at their level. Often, your dog will be more comfortable with sniffing and accepting pats from a stranger if they aren’t towering over them like a monster (offering a treat can only help the interaction further). It’s also a good idea not to let a stranger make too much eye contact with a dog, as staring can be perceived as intimidating and downright rude.

If you don’t know a dog but want to offer a treat, the best way is to drop it on the ground so as not to appear forceful, having first made sure that the owner is alright with you giving their dog a treat.

What if the owner is the stranger in question?

If you adopt a dog who already has a fear of strangers, it can be pretty difficult to start building a bond between you. However, if you take it easy and allow your dog to move at their own pace, you’ll get there soon enough and the results will be so worth the wait. You’ll need to be very patient and comforting at first so the dog can start to understand that you are not a threat.

If your new dog gives you the opportunity to pet them, always do so very calmly. Make sure your voice around your new dog is always soothing, friendly and relaxed, and offer treats by gently throwing them rather than bringing your hand near the dog’s face.

Trying to care for a dog who is frightened of strangers can be very difficult, and it’ll take a lot of patience and care on the owner’s part. All the same, if you are considerate and make the decision to always keep your dog safe from surprise encounters with strangers (and especially make a point of avoiding things like markets, dinner parties and parades), the pair of you can get through this. 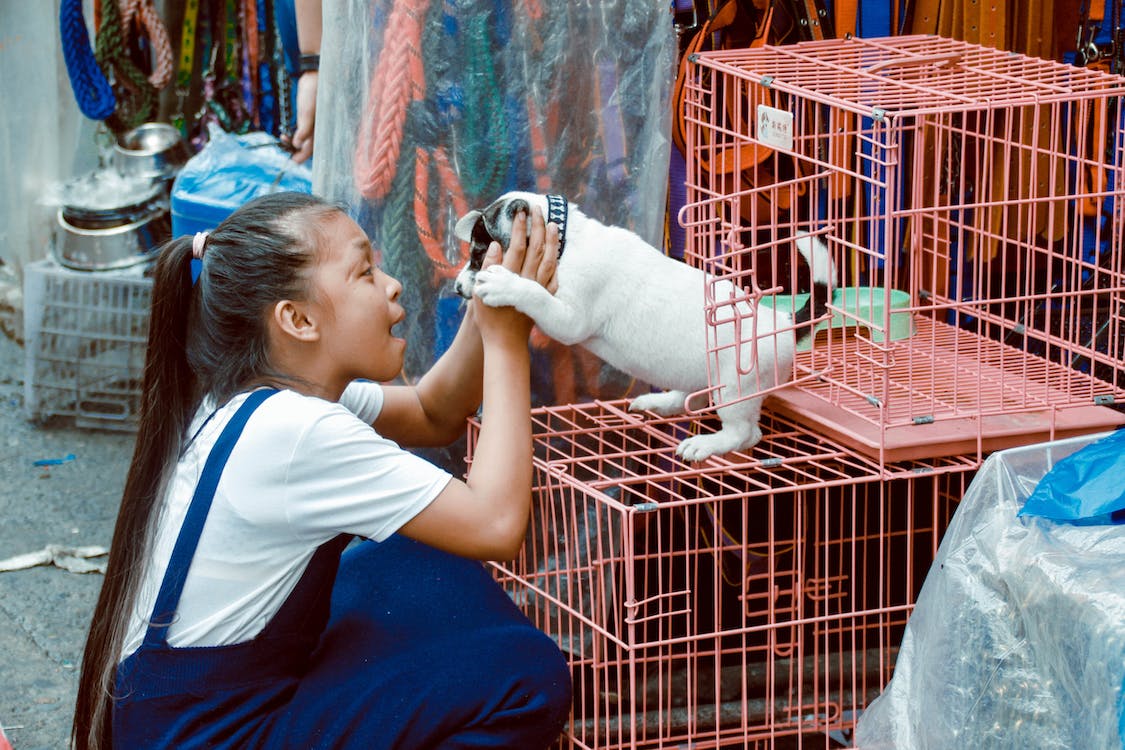 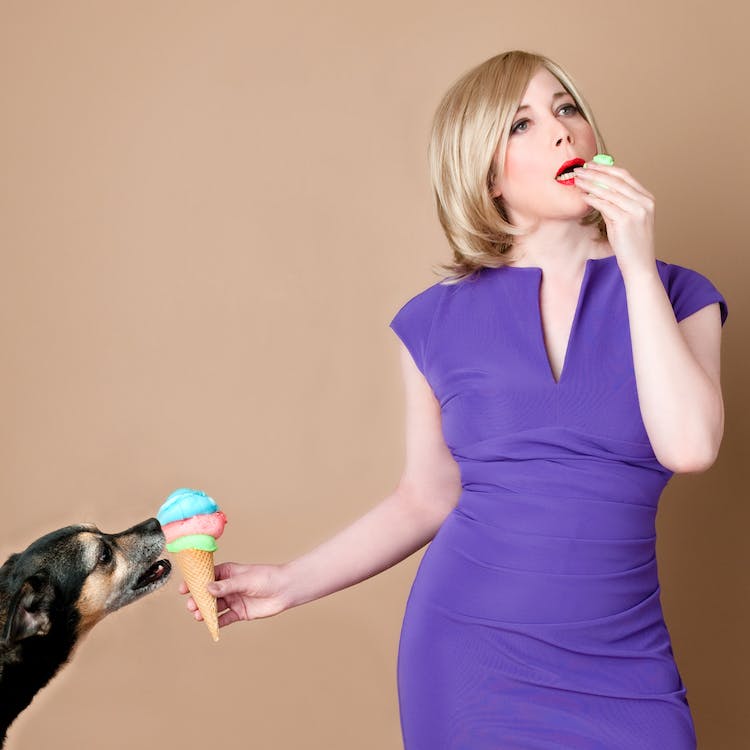 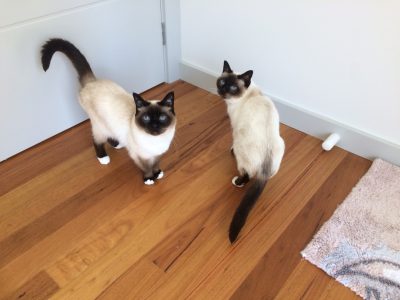