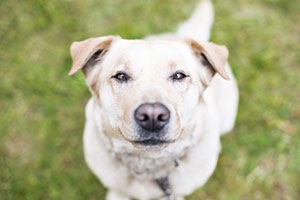 Dogs noses are famous for being able to identify humans, but did you know that those same noses can also be used to identify them? Sometimes it’s hard to understand how dogs can relate to the same world so differently to us, but dogs are built to interpret the world through their sense of smell. Dogs rely on their sense of smell as much as we rely on our vision.

Like humans, dogs have bony, scroll-shaped plates inside their noses called turbinates. These turbinate bones support the thick spongy membrane containing most of the scent-detecting cells and the nerves that take olfactory information to the brain. In humans, this scent detecting area is about the size of a postage stamp, but in dogs it can be as large as an A4 piece of paper. The size of the scent-detecting area varies between different breeds, but even flat-nosed breeds are better at detecting odours than humans are.

A dog’s brain is geared towards interpreting smell. The canine brain is about the tenth of the size of a human brain, but the olfactory area is about 40 times the larger than the same area in a human brain. Depending on the breed, a dog’s sense of smell is 1,0000 to 10,000,000 times more sensitive than a human’s sense of smell.

Dogs communicate through scent. Smelling everything on your walk around the block is a way they get to know their neighbourhood. Sniffing other dogs is another form of communication, although science hasn’t worked out exactly what they’re saying yet.

To a dog we each have an odour print which is how they identify us from anyone else. It’s probable that they can also smell fear, anxiety and sadness. Adrenaline, that fight or flight hormone that we release under stress, has also been thought to be identifiable to dogs. 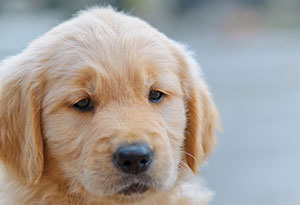 We all know that our dogs are special, but did you know that the surface of your dog’s nose has features as individual as the whorls on your fingerprints? The lines, ridges, dimples, and nostril openings on a dog’s nose form a unique pattern that can identify them from any other dog.

It’s generally agreed that nose prints are a more reliable determinant of identity than collars and tags. The Canadian Kennel Club has been using nose prints to identify dogs since 1938. Nose printing was partially replaced by the tattoo as a form of identification. The widespread adoption of microchips has meant that fewer dogs are identified by their noses these days,

However, in Australia microchipping and the presence of a dog collar is still considered standard practice to protect your pooch from being lost. Microchipping involves injecting a tiny, rice-sized chip into the fat pad between a dog’s shoulders. Microchipping is compulsory throughout Australia, except in the Northern Territory and South Australia.

Collecting nose prints is painless, ink free, and can be performed by owners who sends the prints and photos of the dog to a registry. If you are interested in nose printing for your dog as a backup to microchipping and a collar, here’s how you do it:

Paper bigger than your dog’s nose

A cooperative dog (which isn’t as easy as it sounds)

1. Dab your dog’s nose dry with a clean towel

2. Soak a paper towel with food colouring and dab it onto your dog’s nose.

3. Press a piece of paper over your dog’s nose, making sure to cover the sides of the nose.

It may take a couple of attempts to get the right pressure and amount of dye needed. Once you’re happy with your print, remember to gently wash your dog’s nose with a damp wash cloth afterwards. Noseprints can be used as a valid form of identification in kennel clubs around the world, so keep your print with a photo in case your dog ever goes missing.