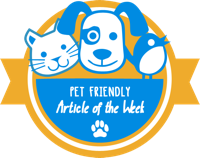 Are you looking for a worthy cause to send your money this Christmas, or really at any time of the year? Take your pick from some of Australia’s top animal-loving charities.

Animals Australia
Animals Australia represents over 40 member societies, and has an excellent track record of investigating and exposing animal cruelty. It conducts innovative public awareness programs to encourage the compassion and respect for animals by people.

RSPCA
The RSPCA has spent over $80 million dollars delivering services to help improve the lives of animals in Australia. They rely on public donation and fundraising initiatives, business partnerships, grants and patrons to help fund their work, including the support of their 40 animal shelters around Australia.

Australian Animal Rescue
Established in 2009 after the devastating Victorian bushfires, Australian Animal Rescue is a not for profit, volunteer run, non-government organisation. For the first three months after the bushfires, volunteers rescued and cared for displaced and injured wildlife. While continuing their work in caring for vulnerable wildlife, they also specialise in domestic animal rescues and disaster relief.

WIRES
An injured ibis found in Hyde Park in Sydney was the catalyst for the coordinated network of wildlife carers known as WIRES, as back in 1985 there we no organisations set up to rehabilitate injured wildlife. WIRES now works with the NSW National Parks and Wildlife Service, and has over 2,000 volunteers who are authorised to rescue, rehabilitate and release Australian wildlife.

Pet Rescue
Pet Rescue is a not-for-profit organisation which operates Australia-wide to connect rescued animals with new owners. The Pet Rescue website is one of the most visited charity websites in Australia. Every month they help save over 6,000 rescued animals.

Wildlife Victoria
Wildlife Victoria is a charity which provides emergency care to injured, sick, and orphaned wildlife across Victoria. They are supported by over 1500 trained and experienced volunteers, generous vets, and other wildlife groups.

Animal Rescue QLD
Animal Rescue QLD Inc (ARC) formed in response to the flood affected animals in the 2011 South Queensland Floods. They are a no kill organisation which works hard to find suitable homes for all their animals.

Australian Marine Wildlife Research and Rescue Organisation
The Australian Marine Wildlife Research and Rescue Organisation (AMWRRO) was formed in 2010 to rescue and rehabilitate Australia’s unique marine wildlife. Based in Torrens Island facility in South Australia, it is the only organisation licensed to rescue, rehabilitate and release all seals, all seabirds, and all sea turtles species. AMWRRO also works with other organisations to help rescue and release dolphins and whales.

SA Dog Rescue
SA Dog Rescue rescues dogs in South Australia that are threatened with euthanasia by local pounds. They organise foster carers for these dogs, assess them, and then work to find suitable homes for them through their website and Facebook page.

Farm Animal Rescue
Farm Rescue is a non-profit organisation which rescues animals from the food industry, providing a sanctuary for them in Dayboro, Queensland. Members of the public can visit the sanctuary on open days or in a private visit.

AWARE Wildlife Rescue
Australian Wildlife Assistance Rescue and Education Inc (AWARE) is a volunteer run charity which rescues and rehabilitates wildlife in and around Frankston, Victoria. They provide a 24 hour hotline service, which is manned by trained volunteers who are experienced in caring for sick, injured, or orphaned wildlife.