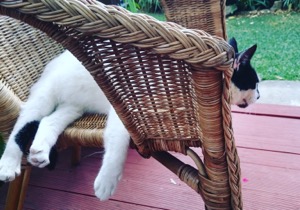 This week, we read about the story of Yoshi and her owner, Tammy, who were recently reunited.

Thanks lost pet finders. Your site is very valuable in this time of social media by quickly circulating out lost pets pics

After going missing for five whole days, Yoshi turned up one morning meowing for her breakfast as if she had never left. We can only wonder about what type of adventure she had!

After a good meal and a good hiss at the other cats this is her relaxing on the deck near me. Thanks again for ur tips encouragements!

We love Yoshi’s name - who couldn’t love knowing that such an adorable pet has been named after an equally adorable character?

If you’re a fan of video games and are looking for a name for your own furry friends, we have a few suggestions you might just enjoy!

One of the main antagonists in popular video game Five Nights at Freddy’s, Foxy is a big animatronic fox with tattered red fur. A handsome fellow, he has red eyebrows and three strands of red hair springing from the top of his head, all of which contrasts beautifully with his bright yellow eyes. His right hand is a hook, while his left has been battered right down to the bones. To top off his appearance of general disrepair, he has an eyepatch and is missing his tail. Foxy has been through the wars!

Although Foxy isn’t the most handsome character, his name is a cute one which is perfect for any pup which resembles their foxy cousins. It’s also one to consider if yours is a rescue dog who is a little worse for wear - Foxy doesn’t let his damage hold him back! 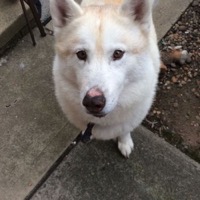 I have just gotten home, from getting Foxy. She was found and taken to the pound, so she was safe.

Firstly a huge thank you for the people who found her and took her to the vets or pound. You are an absolute gem and ledgend.

Secondly a huge thank you to everyone who helped and messaged me about Foxy.

Thirdly a huge thank you to Lost pet Finders for posting up her lost add.

Without none of you, we fear we may never have gotten her back. THANK YOU TO EVERY ONE again, Foxy is now at home and safe and sound. She was so excited to be nearing her house and to get home, that she started doing a dance in the car and pretty much tackles her owner when she saw her.

Everyone is relieved and happy. 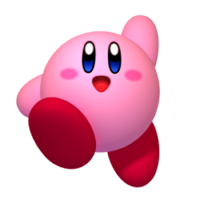 If you’re looking for a namesake who is a little cuter, you might decide to go for the name “Kirby”. Kirby is a small, pink being from the planet Pop Star who has big eyes, rosy cheeks and stubby arms. He has a flexible body which allows him to stretch or flatten himself out (so who could possibly be a better character to name your cat after?) and a mouth that allows him to inhale pretty much whatever he wants.

One of the cheeriest video game characters you could come across, Kirby has a positive attitude and uses his unique powers to save Dream Land. He is innocent, cheerful and permanently hungry, with hobbies which include singing - even though he is completely tone deaf.

This is the perfect name for any adorable pal who just loves to keep you company! 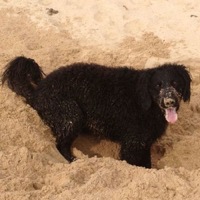 Kirby is a black labradoodle. He has a face like a labrador but has long-ish curly black fur. He is very friendly and smart. He loves people, especially children. He doesn't have a collar on him but is microchipped. He is 5 years old.

If your pet tends to be a little more timid in comparison to his brothers and sisters, why not consider the name “Luigi”?

Like his brother Mario, Luigi is a plumber. However, the younger of the two brothers tends to be more nervous and timid than his plumper counterpart. Luigi is also generally good natured and more level-headed - perfect for a furry friend that prefers chilling on his own to playing with his family! 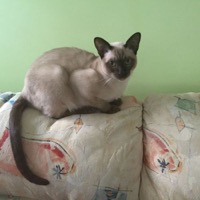 Thank you for easing my pain a little bit by raising my hopes that our beloved cat could be found. He came back after 12 hours of adventures. For an indoor cat that is a long time outside. Cheers, Lana

Was your pet named after a video game character? Can you think of any more video game names which would be perfect for a pet? Let us know in the comments!