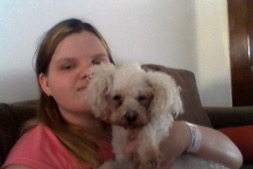 We’ve recently been talking to Antoinette, proud and loving owner of the very handsome Merlin.

The website was perfect to help me find my baby.

Antoinette first discovered that Merlin was missing when she got home from a sleepover at a friend’s house. Unsurprisingly, she felt sad, worried, and guilty for allowing Merlin to escape. At first, she decided to use Gumtree to see if Merlin had been found anywhere, but then she discovered Lost Pet Finders and decided to register him with us as well. But Antoinette didn’t stop there, because she was on a mission. Taking to social media, she posted on Twitter and Facebook that Merlin had gone missing. She also called her local vets to make sure she would hear as soon as Merlin was handed in.

Lost pet finders helped in every way possible. I don't think I would have Merlin back if I didn't join this website.

Eventually, we were able to reunite the pair, and we’re confident that Antoinette will be keeping a much closer eye on this rascal than she was before!

Merlin and Antoinette have been reunited now, but it’s important to remember how they became firm friends in the first place. Merlin had been in the family for about 5 months when he went missing, having been rescued from a woman who was not taking proper care of him following her divorce.

Merlin’s story has the best possible ending, having found a family who would love and care for him all they could, but some dogs aren’t so lucky. If the owners of a pet happen to get a divorce, it is very important that the pet goes to the best possible owner. 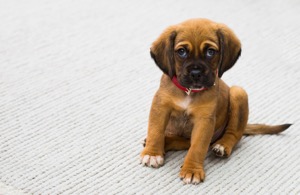 What happens to pets after a divorce?

Oddly, one of the most difficult issues to resolve when a couple separates is “Who gets the pet?”. Generally, both owners will love the pet, so it can be really tricky to work out what to do in the event of a split. In fact, in a survey carried out by The Dogs Trust, a quarter of all couples believe that their dog would be the most important issue if they were to split up.

While some couples end up letting the court decide where a pet should go, this often is not the best idea. While laws surrounding the custody of children aim to protect the best interests of children, the laws surrounding custody of pets tend to focus on the interests of the owner. Pets are considered to be personal property, so the law tends to treat ownership of a dog in much the same way as it would the ownership of a kettle.

As with kids in a breakup or divorce, you have three main options for deciding what to do with your pet: You can split custody, you can let the pet belong entirely to one person, or you can arrange for one owner to care for dog with the other visiting occasionally.

Within these three options, there are a few things everyone needs to take into account when deciding what should happen to the pet:

Another important thing to consider comes into play if the couple also has children. As a general rule, unless the pet and the children don’t get along, it’s best to pair pet custody with custody of the children. Divorce and separation are upsetting and confusing for pets and children as it is, so at least keeping children with their family pet will maintain some sort of familiarity. Similarly, if you have multiple pets and the pets have bonded with each other, it’s generally best to keep them in the same home.

Along with the people who surround your pet, its environment is also largely made up by the actual house in which it lives. Some pets simply don’t deal with changes in their surroundings very well, so moving to a new house in a new area will be very stressful. In cases like this, it’s often best to allow your pet to live with whoever will be living in the house he or she is accustomed to, no matter how hard that is.

Solutions in which every single party comes out overjoyed are very rare, especially regarding sensitive issues such as separation and divorce. At times like this, the best you can hope for is a best case scenario - but that’s alright. No matter what happens, things will get better, and hopefully your pet will be there for you until that happens.

It’s not all bad news: Lost Pet Finders has had some success stories this week. If your pet has gone missing, there is always every chance that it will come home to you, as these guys have:

Luka
“You guys are awesome. Thankyou.”

Grey Cat
“Thank you so much for this amazing site. We managed to find the home for the cat that arrived at our house very hungry and lost. Gracie, as we found out was her name, has been reuited with her family.”

Tigger
“After being missing for nearly two weeks Tigger has returned home safe and sound on his own. However, having the support from Lost Pet Finders really gave us hope that he would return home one way or another. Thank you to all the staff who was involved in raising the alerts, it gave us a piece of mind that he would somehow get back home to us.”

Rose
“How this is a fantastic service. Thank you.”

Hutch
“Happy ending with Hutch found trying to be friends with a cat!!
Had a response very quickly so this site works!!”